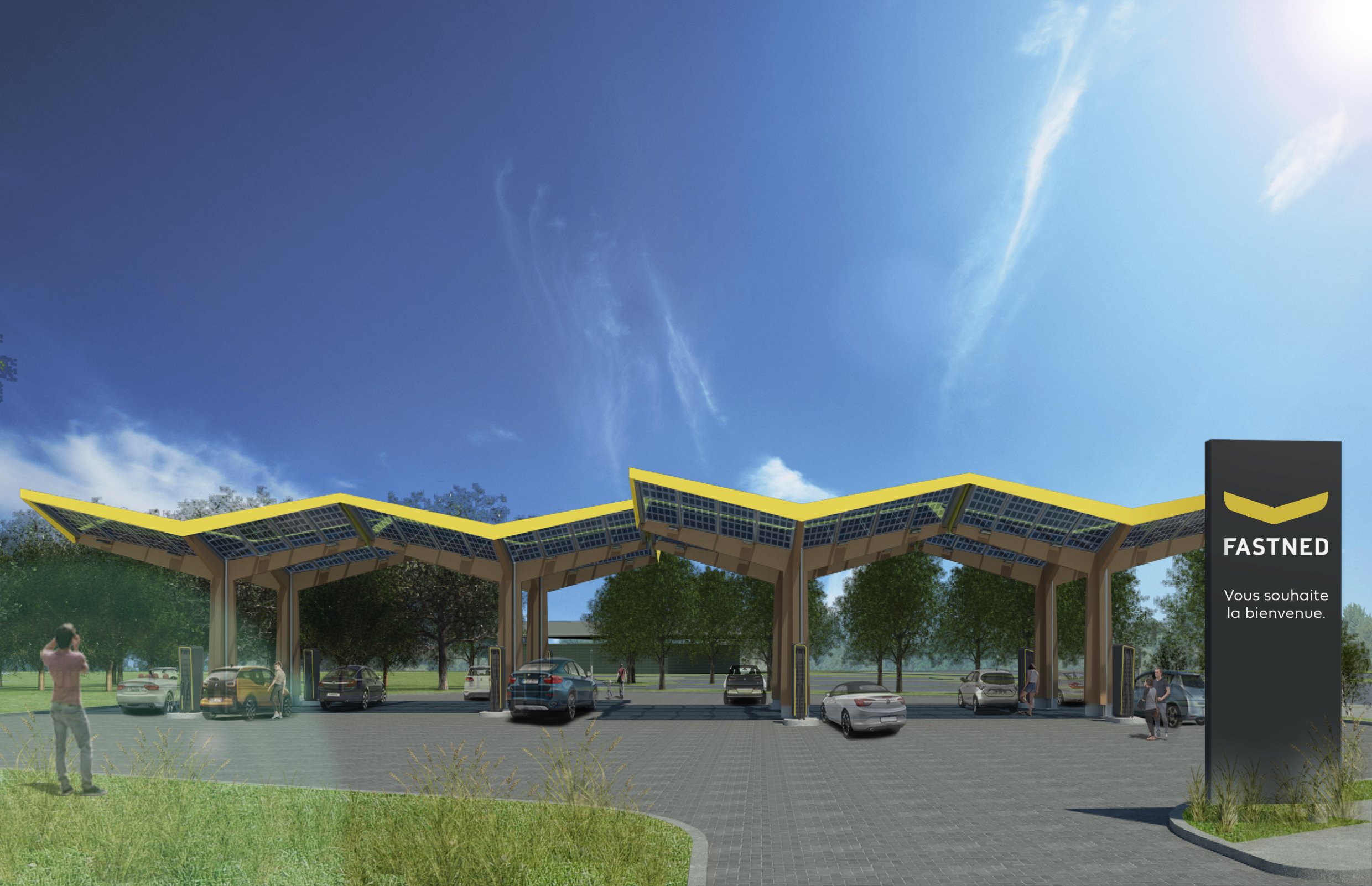 Fastned, the European fast charging network for electric vehicles, has been selected by Autoroutes Paris-Rhin-Rhône (APRR), the French motorway and toll road group, to develop and operate 9 fast charging stations along key motorways in France.

The contract is pending approval by the French Ministry of Transportation. When approved, it will mark Fastned’s entry into the French market, where electric charging infrastructure is still sparse.

Fastned specialises in developing and operating fast charging infrastructure where drivers can charge their electric vehicle with up to 300 km of range in 15 minutes before continuing their journey.

Based in Amsterdam the Dutch company has built 129 fast charging stations across the Netherlands, Germany, the United Kingdom and Belgium, since it was founded in 2012. Fastned is listed on Euronext Amsterdam.

The contract with APRR will enable Fastned to build large fast charging stations on 9 sites directly along the highway from Paris to Lyon, on the route to Switzerland, and around Dijon, ensuring electric drivers can travel the Autoroute du Soleil from France’s capital to Lyon without difficulty.

The construction of the charging stations is planned for 2021 after which Fastned will be able to operate the stations for 14 years. At each location, Fastned plans to build a large charging station capable of charging up to 16 vehicles simultaneously.

This will allow hundreds of cars per day to charge per location. The stations will feature a roof with photovoltaic cells on an FSC certified timber structure, and deliver 100% renewable energy derived from a mix of wind and solar sources.

"We are delighted to have been selected by APRR to realise and operate fast charging services on nine service areas. These locations provide a solid starting point for Fastned in France. Also, it shows the value of public transparent procedures to issue operating contracts to accelerate the realisation of charging infrastructure. We look forward to working closely with APRR to build a better infrastructure for electric drivers and play our part in meeting France’s climate ambitions.” Michiel Langezaal, CEO Fastned

Sales of battery electric vehicles (this excludes hybrids) in the EU increased by 191% over the past three years, but the number of charging points grew by just 58% (to under 200,000), according to the European Automobile Manufacturers’ Association (ACEA report).

Car manufacturers and policy makers fear that the shortage of charging infrastructure will curb the adoption of electric vehicles, even as governments such as the UK’s seek to ban the sale of petrol and diesel vehicles from 2030.