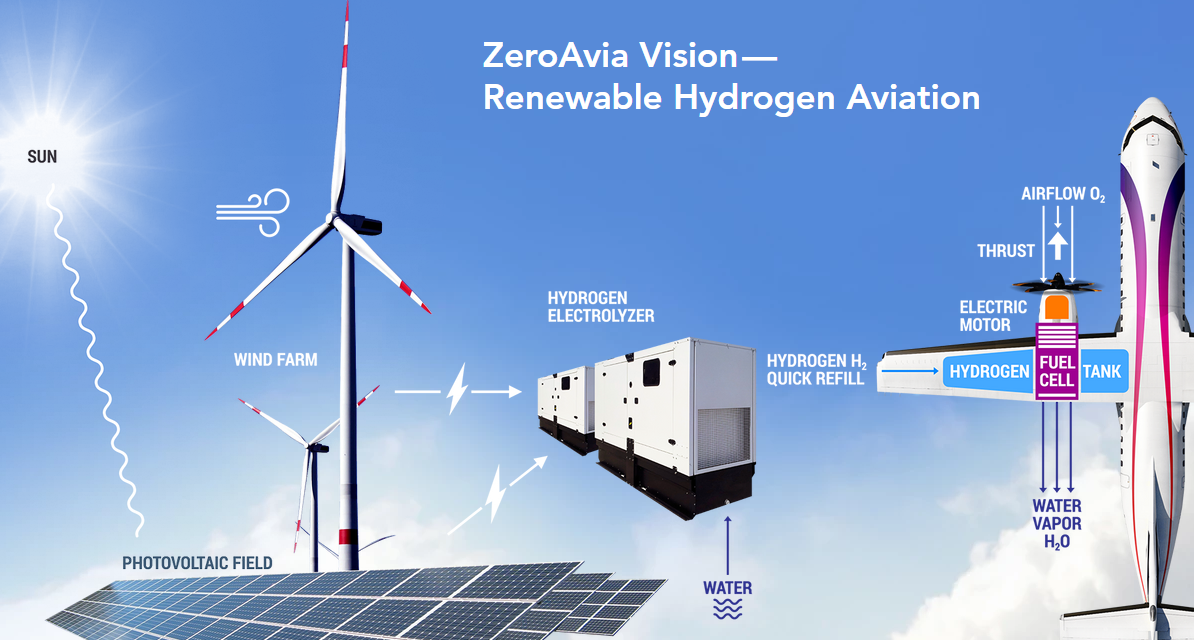 A California-based startup that promises to make zero-carbon flight a reality has just received a major vote of confidence.

ZeroAvia, a company developing hydrogen-electric technology to power aircraft, said that it’s raised $21.4 million from investors including Amazon, Shell and Breakthrough Energy Ventures, a company established by Bill Gates in 2015.

It has also secured $16.3 million from the UK government and is partnering with British Airways to help the airline speed up the switch from fossil fuels to hydrogen to power its fleet. Taken together, three-year-old ZeroAvia has announced new funding of $37.7 million in less than a week.

CEO Val Miftakhov said in a statement that the “milestone achievements are closing the gap for the airline industry to begin its transition away from fossil fuels.”

“Both aviation and the financial markets are waking up to the idea that hydrogen is the only meaningful path towards large-scale, zero-emission commercial flight,” he added.
Airlines are facing growing pressure to tackle a rapid rise in greenhouse gas emissions caused by the industry, which contributes to global warming and climate disasters.

Hydrogen fuel is seen as critical to decarbonizing air transport, with the potential to reduce aviation’s carbon emissions by up to 50%, according to Airbus, which is also exploring its potential.

ZeroAvia completed the world’s first hydrogen-powered flight of a commercial aircraft in September when a six-seat plane took off from its research and development facility in Cranfield, England and flew for about 10 to 15 minutes before landing.

It wants to go much further, saying that it expects a flight of 250 miles — roughly the distance from London to Paris — in the next three months.

Miftakhov said that more than 10 airlines are gearing up to implement the company’s technology in 2023. “ZeroAvia’s zero-emission aviation powertrain has real potential to help decarbonize the aviation sector, and we hope this investment will further accelerate the pace of innovation to enable zero-emission air transport at scale,” Amazon’s vice president for worldwide sustainability Kara Hurst said in a statement.

Amazon’s investment was made through its Climate Pledge Fund, which it set up in 2019 to help it and other companies achieve net zero carbon emissions by 2040, 10 years ahead of the Paris climate agreement. To help reach its climate goals, Amazon will begin using electric vans to make deliveries next year.

Shell’s investment was made through Shell Ventures, which invests in renewable energy companies.