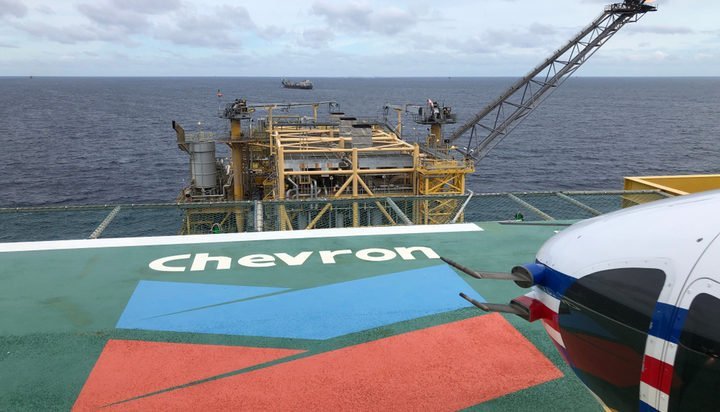 Despite outside assistance from Russia, China and Iran, the embattled socialist regime of President Maduro has proven incapable of rebuilding Venezuela’s once-mighty petroleum industry.

According to the latest OPEC Monthly Oil Market Report Venezuela’s December 2020 oil output averaged 431,000 barrels of oil equivalent daily. While that represents a 4% increase over a month earlier, it is still less than a quarter of Venezuela’s average daily production for 2017 when the U.S. first placed sanctions on crude oil exports.

The Latin American country’s once mighty oil industry, which is the backbone of the economy, is in inexorable decline. This is starkly evident when it is considered that not only was Venezuela once one of the world’s largest petroleum exporters, but it is home to the third-largest refinery complex yet suffers from crippling gasoline shortages.

Even assistance from Russia, China and Iran has done little to improve the situation, leaving an already crippled oil industry and economy in a state of terminal decline. Much of Venezuela’s aging oil infrastructure is nothing more than rusting hulks which operate intermittently and cause considerable environmental damage through a steady stream of oil spills.

It will take a massive injection of capital, technology, expertise and skilled labour to rebuild Venezuela’s shattered oil industry. That can only be provided by western oil majors if they can be enticed to invest in Venezuela once regime change occurs and U.S. sanctions are lifted.

It is global energy supermajor Chevron which is ideally positioned to rebuild Venezuela’s shattered oil industry. The integrated energy company has been operating in Venezuela for around 100-years and stayed in the strife-torn country long after rivals had quit.

Chevron’s Venezuelan assets pumped 23,000 barrels net per day during the second quarter 2020, although Chevron has ceased reporting on its operations in the country since that period. The company’s key Venezuelan asset is its 39.2% interest in Petroboscán, a joint venture with national oil company PDVSA, which operates the Boscán field, a large heavy oil asset located west of Lake Maracaibo.

After being ordered by the Trump White House during April 2020 to wind down operations and prepare to leave Venezuela by 1 December 2020, Chevron elected to write-down the value of its assets in the troubled Latin American country. That saw the oil supermajor write down the full value of its Venezuelan assets and book an impairment charge totaling $2.6 billion for the second quarter of 2020.

As a result, Chevron removed 160 million barrels of oil from its proven reserves and chose to cease reporting on production for its Venezuelan operations. That means Chevron is not only no longer required to report the performance of its Venezuela operations but its assets in the country are essentially worthless, giving it a clean slate when and if it can recommence operations.

Despite the pressure from Washington and that enormous impairment charge, Chevron remains committed to operating in crisis-riven Venezuela. When Washington announced that Chevron must wind down operations and prepare to leave the Latin American country, Chevron CEO Michael Wirth told CNBC;

“We intend to comply, obviously, with the requirements of the Government, but we’re not actually winding down or leaving the country.”

In November 2020, the U.S. Department of Treasury extended Chevron’s authority to remain in Venezuela until 3 June 2021. At that time Ray Fohr External Affairs Advisor, Chevron Africa and South America issued the following statement:

“Chevron will continue to comply with applicable laws and regulations in relation to the activities that it is authorized to undertake in Venezuela. We remain committed to the integrity of our joint venture assets, the safety and wellbeing of our employees and their families, and the company’s social and humanitarian programs during these challenging times.”

This development essentially leaves the future of Chevron’s ventures in Venezuela in the hands of President Joe Biden, who is likely to take a softer, more diplomatic and humanitarian approach to Venezuela.

This augurs well for Chevron’s ability to continue operating in Venezuela and one day once again realize the value of those assets and benefit from their considerable potential. It also means that Chevron, which has a long history of successfully navigating difficult geopolitical environments, will have a first mover advantage once Venezuela is open for investment from foreign energy companies.

In a surprise announcement President Maduro stated that he intended opening Venezuela’s hydrocarbon sector to investment. This forms a key part of his plan to expand Venezuela’s oil production to 1.5 million barrels daily or almost four times greater than what was reported for November 2020.

That comes a year after claims that Caracas was prepared to cede control of Venezuela’s oil industry to a foreign energy major with names like Rosneft, Eni and Repsol being thrown around. Now that Venezuela’s economy is in tatters and the economic backbone of the country has collapsed Maduro is recognizing the need for foreign technology, capital and labor to rebuild the petroleum sector.

Venezuela’s oil industry is essentially the only part of a broken economy still functioning, albeit poorly, and will become a powerful lever for rebuilding the shattered country.

That coupled with Biden’s plans for a multilateral approach to Venezuela focused on restoring democratic institutions and alleviating the worst of the humanitarian crisis bodes well for the gradual rebuilding of the Latin American country’s oil industry. If that occurs, Chevron’s asset value, oil reserves, production and ultimately profitability will ultimately receive a healthy bump.